Illuminationism is a doctrine according to which the process of human thought needs to be aided by divine grace. It is the oldest and most influential alternative to naturalism in the theory of mind and epistemology.[1] It was an important feature of ancient Greek philosophy, Neoplatonism, medieval philosophy, and in particular, the Illuminationist school of Islamic philosophy. 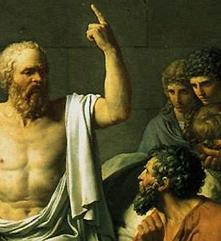 Socrates says in The Apology that he had a divine or spiritual sign that began when he was a child. It was a voice that turned him away from something he was about to do, although it never encouraged him to do anything. Apuleius later suggested the voice was of a friendly demon [2] and that Socrates deserved this help as he was the most perfect of human beings.

The early Christian philosopher Augustine (354 – 430) also emphasised the role of divine illumination in our thought, saying that "The mind needs to be enlightened by light from outside itself, so that it can participate in truth, because it is not itself the nature of truth. You will light my lamp, Lord [3] and "You hear nothing true from me which you have not first told me.[4] Augustine's version of illuminationism is not that God gives us certain information, but rather gives us insight into the truth of the information we received for ourselves. 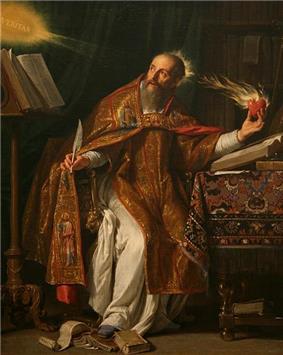 Augustine's theory was defended by Christian philosophers of the later Middle Ages, particularly Franciscans such as Bonaventura and Matthew of Aquasparta. According to Bonaventura:

Things have existence in the mind, in their own nature (proprio genere), and in the eternal art. So the truth of things as they are in the mind or in their own nature – given that both are changeable – is sufficient for the soul to have certain knowledge only if the soul somehow reaches things as they are in the eternal art.[6]

The doctrine was criticised by John Pecham and Roger Marston, and in particular by Thomas Aquinas, who denied that in this life we have divine ideas as an object of thought, and that divine illumination is sufficient on its own, without the senses. Aquinas also denied that there is a special continuing divine influence on human thought. People have sufficient capacity for thought on their own, without needing "new illumination added onto their natural illumination".[7]

The theory was defended by Henry of Ghent. Henry argued against Aquinas that Aristotle's theory of abstraction is not enough to explain how we can acquire infallible knowledge of the truth, and must be supplemented by divine illumination. A thing has two exemplars against which it can be compared. The first is a created exemplar which exists in the soul. The second is an exemplar which exists outside the soul, and which is uncreated and eternal. But no comparison to a created exemplar can give us infallible truth. Since the dignify of man requires that we can acquire such truth, it follows that we have access to the examplar in the divine mind.[8]

Henry's defence of illuminationism was strongly criticised by the Franciscan theologian Duns Scotus, who argued that Henry's version of the theory led to scepticism.

In his Philosophy of Illumination, Suhrawardi argued that light operates at all levels and hierarchies of reality (PI, 97.7–98.11). Light produces immaterial and substantial lights, including immaterial intellects (angels), human and animal souls, and even 'dusky substances', such as bodies.[19]

Suhrawardi's metaphysics is based on two principles. The first is a form of the principle of sufficient reason. The second principle is Aristotle's principle that an actual infinity is impossible.[20]

None of Suhrawardi's works were translated into Latin, and so he remained unknown in the Latin West, although his work continued to be studied in the Islamic East.